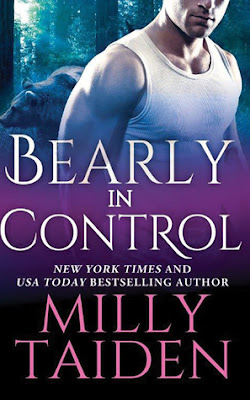 For vet and animal whisperer Charli Avers, talking to bears is all in a day’s work. But when she finds a man—a very sexy, very alpha man—where a bear ought to be, the wild comes close to home. Charli is drawn to this mysterious stranger. She wants to help him piece together the past he can’t remember—even if that means shedding her human misgivings and embracing her more carnal desires.


After shifting from bear to man, Barry believes he’s finally found his mate. Now he just needs to find himself. He doesn’t know much about the animal within him, but his human heart aches for Charli. She ignites his instincts to protect her from all danger—including their electric attraction.

The stakes climb as Charli investigates the mystery behind Barry’s memory loss and how it may relate to strange sightings and thefts in this little corner of Oregon. Without answers, she may lose Barry—and herself—to the wild side forever. 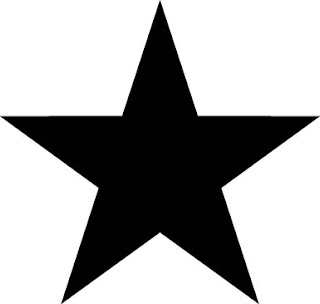 *Lots of Spoilers because I will be giving details to

why I didn't like the book* I have never read any Milly Taiden books til Bearly In Control, but she has been on my to be read list for a while now. I have heard really good things about Milly Taiden and pre bought her Paranormal Dating Agency series and her Sassy Mate series. I just haven't gotten around to reading them so when I seen her book Bearly in Control on Netgalley I was excited to try her out. I really didn't like it. I was sorely disappointed, and now I'm a little worried that I won't like all the other books by her that I already bought. So before I start to explain what I didn't like about this book let me just say I have friends that read this book too and they loved it. So this is just my personal taste and opinion. If you are wanting to try this book out don't let me stop you. Reviews, opinions, and book tastes are subjective. What works for some may not work for others and vise versa. So please don't send hateful messages about how I read it wrong or I just don't get it.

The main reason I didn't like this book is I didn't connect to it at all. I didn't connect to any of the characters, the plot or the love story. There are a few reasons for this.1. It was choppy. What I mean by that is it didn't smoothly move from one scene to the next. For example Charli (the heroine) was looking for Barry (The hero who when she woke up was gone) She is following his bear prints to the woods. She thinks to herself that the woods leads to a road and the next thing you know she is driving on said road and looking for Barry. And I'm going okay how did she get from following prints to driving in the car. It's like a step is missing A. B. D where is C? 2. The characters were very superficial. I didn't connect to any of them because there isn't anything to connect to. Barry is a bear shifter that didn't even know he was a bear shifter. We don't even know his name. Charli just called him Barry because he is a bear. Barry doesn't even have a last name, no past. He was just taking up air. Charli is this vet, animal whisperer and a member of some shifter group (that I never really got the feel for. They're a paranormal kind of police I think. I don't know. I know they try to keep the world from figuring out about shifters all other details were slim) but other than those 3 things I know nothing about her. The same with two other shifters in the group Devin and Russel. They are just as one dimensional.

3. All of them seemed a little slow if you know what I mean. For God sake it took them forever to figure out things that were so clear. Kindergarten kids could have figured it out for them. For example Charli's group is working on a case where a bank, and a jewelry store was robbed. Charli after finding out about the robbery cases takes Barry back to where she found him. To try to jog his memory. They get to the tree where she found him and they find bags of money and jewels and she tell Barry it's probably just belongs to some hillbilly that distrust banks. A rich hillbilly with tons of cash and jewels when there was just a robbery at a bank and jewelry store. Totally not related!

4. The whole book was unbelievable, cheesy, and over the top ridiculous. It was just silly. Not silly/ funny, but Silly/ stupid. Like slapstick silly/stupid. Let me give you an example. Barry and Charli are outside grilling steaks. All of a sudden a coyote comes up and she reads it's mind. It tells her there is a gunman there aiming at her home. She starts running for Barry yelling get down. Now shots are being fired. They are hiding behind a cooler(Yup a blue igloo cooler. I'm sure that will shield them from bullets) and while being shot at Barry who is a shifter who's mate is being shot at does this: Direct quote from book.....The grill's lid squeaked as if someone was lifting it. She whipped her head around to see a hand with a pair of tongs slide through the narrow opening to the meat. She whispered loudly. "What the hell are you doing? You're gonna get shot." He flipped both pieces of red meat. "These steaks are too good to let burn. And I'm starving." Another bullet ricocheted off the grill. His hands quickly disappeared, leaving the tongs lodged between the lid and side. Before she could reply about men and their grills, his hand snapped up and snatched out the tongs. A bullet sank into the house's siding by her head. She ducked lower and pulled out a Glock from the box. "Now to speed this up a bit and not quote to much of the book some birds come and shit on the head of the gunman and he leaves. Now lets pick up with Barry the oh so protective mate that was more worried about the steaks than the fact that they were being shot at... Another direct quote from the book"I think we're okay, Barry. The animals are saying he left." He jumped straight up, tongs in hand. "Just in time. The steaks are done." I mean really? Am I suppose to take this seriously? The whole book is like this. They act silly/stupid and I didn't like it or find it funny. It was like watching the unfunny 3 stooges!

5. The sex was over the top too. Okay so let me set the scene for you. It's been years since Charli has had sex and she wants to have Barry. They have known each other for 24 hours. They are mates but Barry knows nothing of himself so he is like a blank piece of paper. Now this is the first time Mates.... are having sex. Now I would have been okay with romantic love making or raw animalistic sex but what I got was over the top kinky for their first time. Let me explain. I'm cool with back door action, cuffs, and toys but for the first time... uhhh no. You don't bring that shit out til at least 4th or 5 time. Damn Gurl leave something for later. Just sayin'!

Now can I ask one thing? The book says she hasn't had sex in years.... Years... So I can understand the vibe, and the lube but why does she have cuffs? Whatevs. It made it not special. That's all Imma say about that! So anyways I meant to keep this review short and to the point but once I started it just kept coming out of me like verbal diarrhea.

The point to this long winded review was I just didn't like the book. none of it. I won't be continuing this series and I won't being reading any of the books I already bought from this author for a while. I need time to get the bad taste of this one out of my mouth. Sorry it just wasn't for me.

Posted by Jessica's Totally over the top Book Obsession at 3:57 PM