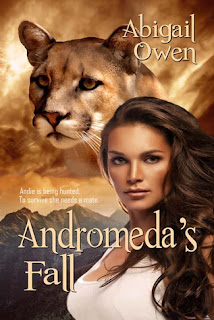 Andromeda Reynolds is being hunted. After witnessing her mother's violent death at the hands of a pack of wolf shifters, Andie has devoted her life to protecting her community of cougar shifters from a similar fate. But now, a greater threat lies within her own pack, and she must run. If she stays, Kyle Carstairs will force their mating, seeking the added political power their union would provide.

Andie would rather chew off her own foot than end up with Kyle. Though, knowing him, she won't live long either way. Andie's only hope of survival is to mate Jaxon Keller, the Alpha of the Keller Dare with which she is seeking asylum. But before she can get to him, Andie must first go through A.J., one of the Alpha's Protectors. What Andie doesn't realize is that A.J. has secrets of his own. All Andie knows is that the incredibly frustrating shifter insists on challenging her story, her skills, her trust… and her heart.

Andromenda's fall was an awesome shifter book. I really enjoy Shifter reads but I have not read many cougar shifter books so this one has a bit of a different feel to it. I liked the paranormal world layout. Andromeda was awesome. She was sassy, totally badass, strong, and stubborn. She could hang with the big boys no problem. Andie made a great mate for Jaxon. Jaxon was great too. He was sexy, sweet, loyal, and the alpha for his dare. This book was a clean book as in no detailed sex, but there was plenty of passion and relationship build up. So it lacked nothing in the romance department. Jaxon and Andie made a great alpha pair and couple. I loved Andie's friend Zac. He intrigued me. I would love to see Zac get his own HEA. Especially after the little vision Sarai got at the end of the book. It totally whet my appetite and now I'm dying to know what is going to happen. I would recommend this book to anyone who loves sexy shifter books with lots of action and sassy heroines!

Posted by Jessica's Totally over the top Book Obsession at 4:11 AM

Some of my reviews 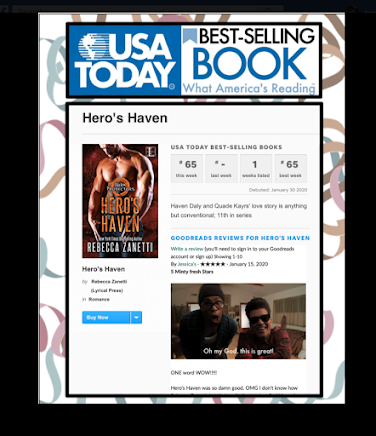 Some of my reviews 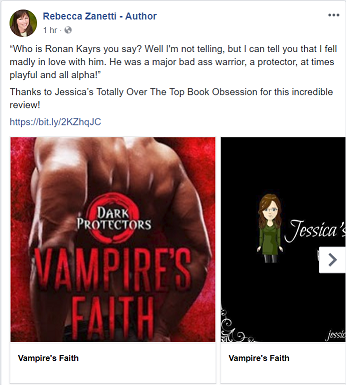 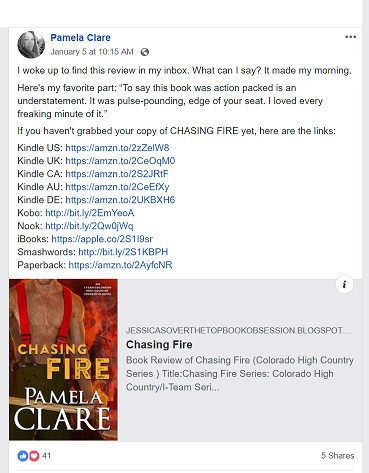 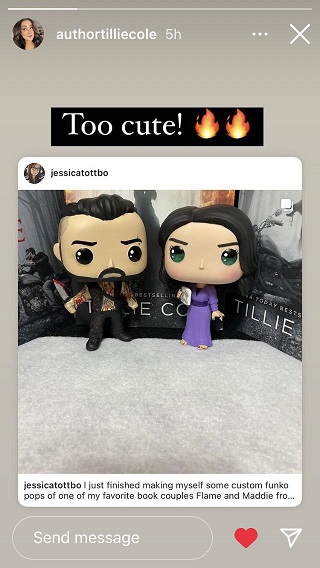