Book Review of Guardian Of Paradise 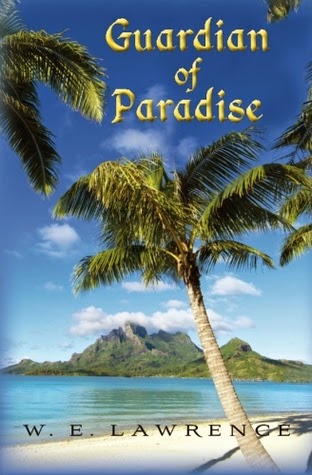 The Blurb:
In 1888, beautiful but quite capable Kira Wall was living a challenging and enjoyable life in a relatively isolated culture. However, her world gets turned upside down with the arrival of an Australian merchant ship carrying the evil and deceiving Captain Darcy Coleman along with its handsome doctor, Trevor Marshall. Each man, in his own way, possesses the ability to charm and seduce. For the innocent souls of the remote island paradise, including Kira, they are both intoxicating and will, using different methods, test her will to the limit.

After she reluctantly agrees to be Trevor’s guide, things become unraveled when she suspects he is distracting her from the renegade captain who has his own ulterior, “get rich”, motives for being there. Her situation becomes desperate when no one will listen. The evil captain has a devilishly captivating manner, plenty of "modern" goods with which to woo the islanders, and a clever ability to lie his way out of suspicion. He has also brought a new invention, dynamite.

This book was so good! It had a very sweet romance, but it also had a great, adventurous plot that pulled me in, and had me dying to find out what would happen next. I read the whole book in one day. I didn't even put it down to eat .(I just held the book with one hand and shoveled my food with the other.) Now I just hope there will be a follow up book, because I want more of Kira and Trevor!

What this book is about
Kira Wall is the daughter of missionaries that came to the island of Alofa when she was a small child. She falls in love with the Island and the natives, who are like family to her. So when her parents die, She stays, feeling this is where God wants her. It's her home, and her calling to help the people of Alofa. The Island has had visiting merchant ships come that were not trustworthy, Failed to take good care of the land, and were unfair to the natives. So when a merchant ship with Captain Coleman showed up, she was leery. When he was overly friendly, offering a extravagant amount of gifts and goods to be able to harvest the fields , she knows her suspicions are right. Now she just has to prove it to the overly trusting locals. As if she didn't have enough to deal with, there is this handsome Doctor that makes her feel all kinds of new things. Not knowing if she can trust Dr. Marshall ,and fighting her growing feelings, will she be able to protect the Island and the natives from being taken advantage of or worse?

Trevor Marshall is very serious about his work, and not so much about the ladies he dates. A bit of a playboy, no woman has been able to grab and hold his interest, until Kira. Trevor has a very cute, playful personality. I loved the part in the book where he was playing ball with the local kids and had this Charlie Brown like ball fumble and landed on his backside. He was a very well rounded and likable character.
Kira Wall made the book for me. She was strong, brave, and sassy! She is protective of those she loves, and does what she thinks is right, no matter what it may cost her. Wise in many ways , she was naive when it came to love and men. She had a very sweet innocence about her, and vulnerability when it came to Trevor. I loved the way she comes out of her shell and becomes a sexually confident woman.
I loved Malana, and Archie Cooper. The parts of the book when you get to see their deep respect and friendship with the main Characters is touching. Trevor and Kira are captivating ,and charming together. The tender, passionate moments in this book are very romantic. I truly enjoyed this book. The only reason I didn't give it a full 5 stars is because I would have liked more at the end. I liked their HEA, but I would have liked to have had a epilogue. Just a small glimpse into their future together. Other than that this was a great read and I would recommend this book to anyone who loves Historical Romances! 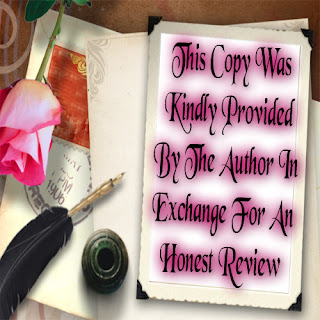 Posted by Jessica's Totally over the top Book Obsession at 11:46 PM